On the road with Bonaventura

Travelling from Vienna north to Brno, the A5 motorway is the way to go. As Austria’s first and to date only public-private partnership (PPP) project in the national primary road network, the A5 and its feeder routes together constitute an important traffic artery in the north-east of Vienna. This so-called Project Y is a Y-shaped network of roads that includes the southern part of the A5 between Eibesbrunn and Schrick/Mistelbach South, the S1 West between Korneuburg and Eibesbrunn, the S1 East between Süßenbrunn and Eibesbrunn, and the S2. Project Y was designed and built by Bonaventura, the first Austrian project company of internationally active Meridiam Group, together with ASFINAG representing the Republic of Austria. The operation & maintenance center for the route is located at the Eibesbrunn junction. 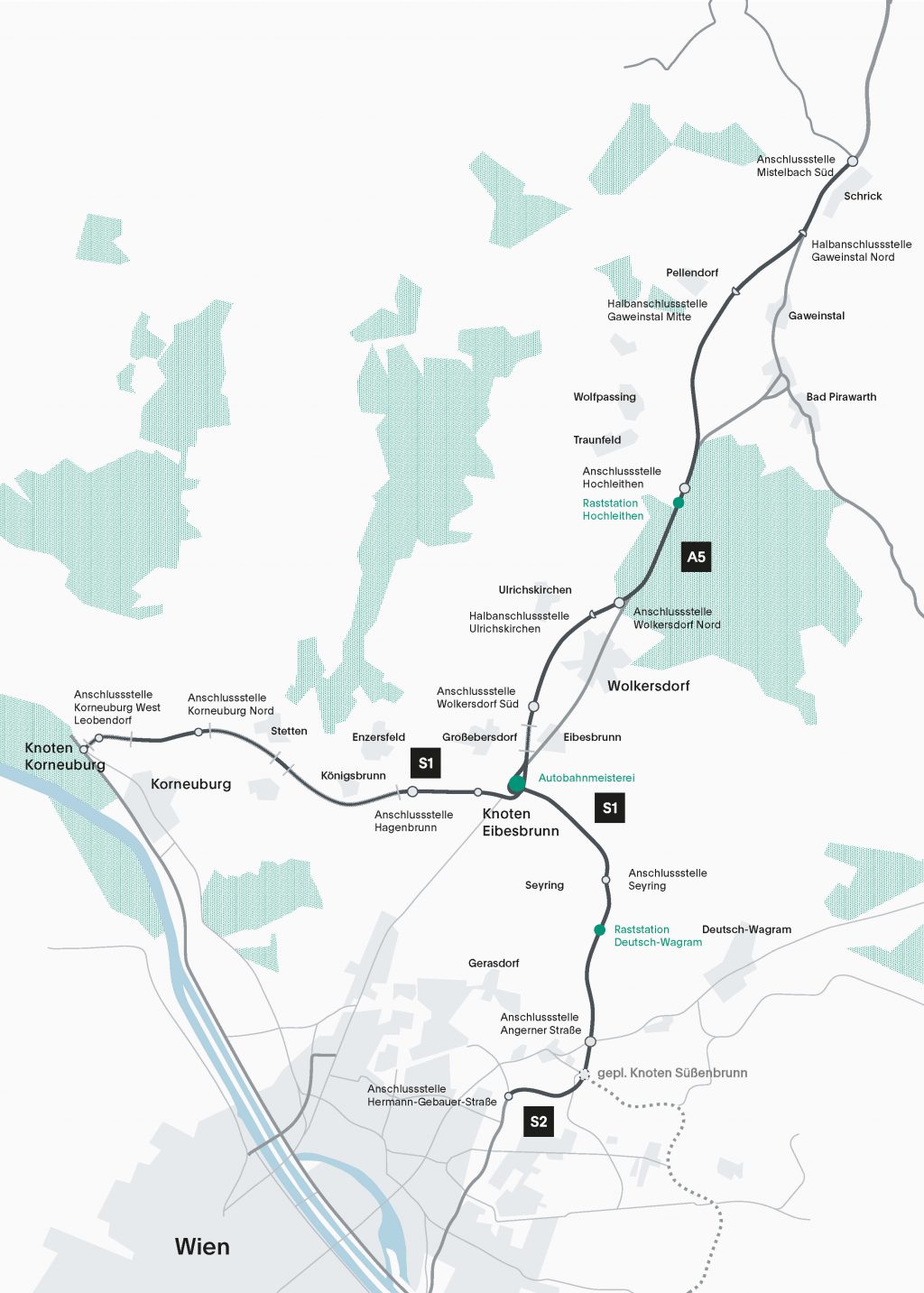 Safe journey through the Weinviertel

Your safety is ensured thanks to the highest standards of quality and safety. The Bonaventura operator’s control room is in operation 24 hours a day, 7 days a week. It is assisted by a network of cameras with automatic incident detection to quickly identify problems along the route and to take appropriate action or provide assistance when necessary. The entire route is also equipped with weather monitoring stations, tunnel and roadside emergency call boxes, a traffic management system, a regularly maintained traffic sign and communication system, and well-designed street lighting. From the start, particular attention was paid to the safety of the traffic management and tunnel facilities, which were designed to the highest international standards and exceed the latest EU directives. The Kreuzenstein Tunnel on the S1 West, for example, was named safest tunnel in Austria by the European Tunnels Assessment Programme (EUROTAP) in 2010 because it was one of the first tunnels in the country to have a continuous emergency lane inside the tunnel section.

Services along the route

The Bonaventura motorway operation and maintenance center at the Eibesbrunn junction is where everything comes together. Staffed around the clock, 40 employees from a wide range of specialist areas ensure the best possible service and guarantee fast communication with emergency forces when needed.

There are two fully equipped motorway service areas along the route providing fuel, rest areas and food with overnight accommodation and conference facilities. The S1 East service area near Deutsch-Wagram offers an extensive range of services that includes an OMV petrol station with VIVA shop, a Rosenberger rest stop and hotel, and over 450 parking spaces. At the A5 Hochleiten service area near Wolfpassing, drivers will find an OMV petrol station with VIVA shop, a McDonald’s restaurant and more than 250 parking spaces. All service areas feature ATMs, toilets, showers and barrier-free parking.

Advertising along the route
Your advertisement along our road

Safe, user-friendly, forward-looking. Project Y, so called because of its Y-shaped layout, is the first motorway in Austria to be built under a public-private partnership (PPP) arrangement. Bonaventura began working on the project in 2007 on behalf of ASFINAG representing the Republic of Austria. The S1 East was opened to traffic on 31 October 2009, followed by the S2 on 31 January 2010, and the A5 and S1 West on 31 January 2010. The concession runs until 2039. ASFINAG was responsible for the preparatory works such as network and route planning, environmental impact assessment and land acquisition, while Bonaventura, as the private partner, was put in charge of the financing, detailed design, construction, operation and maintenance.

For ASFINAG, Project Y meant complete planning certainty right from the start: on the one hand, with regard to the construction period of only three years, which Bonaventura committed to in the concession contract; on the other hand, with regard to the costs incurred in the long term – and this over a period of 30 years. Specifically, Bonaventura had transparently presented the costs for construction, operation and maintenance over the entire life cycle already in the design phase.

Until the end of the concession in 2039, Bonaventura’s most important tasks include the safe, user-friendly operation and forward-looking maintenance of the route. More information on this subject can be found in the Infrastructure Management section. Our cooperation with project partner ASFINAG as well as the relevant authorities, local governments and public institutions is based on a spirit of constructive partnership. 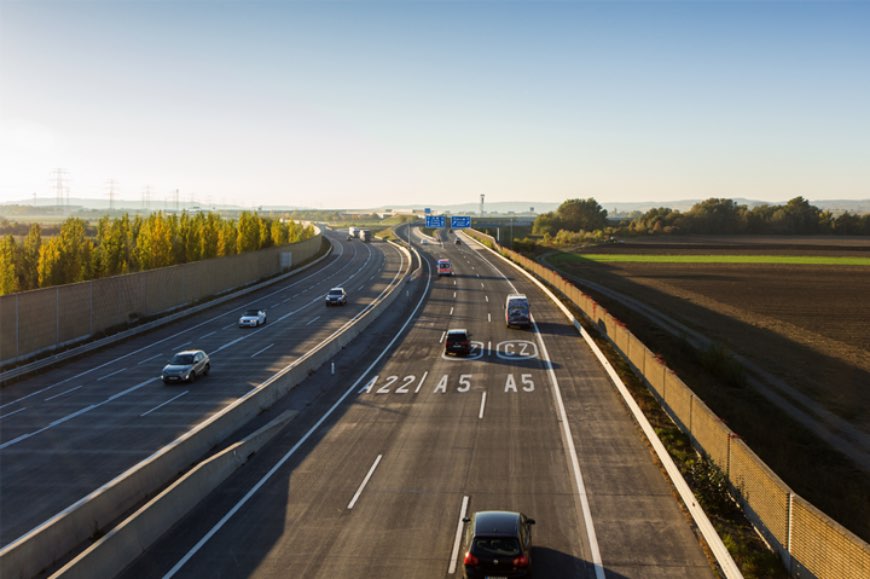 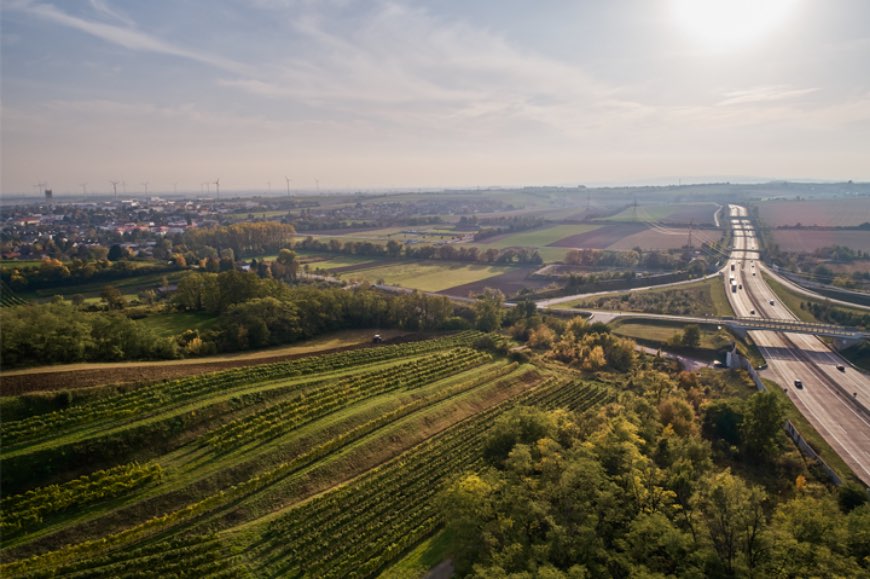 There for the Weinviertel

With a total length of 51 kilometres and 4 tunnels, the A5 is more than just a motorway and economically important traffic artery for the Weinviertel region – it is a model of how transport infrastructure and environmental responsibility can go hand in hand. For Bonaventura, it was only natural to actively involve the communities, institutions and people living in the region, as well as the local businesses. By continuously awarding contracts to local companies, Bonaventura helps to create value in the region as an employer and as a client.

Project Y is also Bonaventura’s way of proving that the interests of business, society and the environment can be reconciled in such a way that none of these fields dominates at the expense of the others. With the long-term goal of climate neutrality, the project involves several environmental measures. More information can be found here.