Sustainability is not the first thing people think of when talking about motorways. Bonaventura sees this as a call for action and is implementing a variety of voluntary measures to reduce its environmental footprint.

Bonaventura is also one of the first motorway concession holders to analyse the impact of its actions against the UN Sustainable Development Goals (SDGs) on an annual basis.

This 17-point plan is so significant because it considers economy, society and environment to be of equal importance. The aim is to achieve all goals together, with a balance between the three dimensions, rather than achieving one at the expense of the others. The Sustainable Development Goals serve as a moral compass for the Meridiam Group and for Bonaventura, as a set of values pointing the way. Bonaventura specifically focuses on Goal 13 (Climate Action) and Goal 15 (Life on Land). Using these goals as a starting point, the company initiates compensatory measures and activities that go far beyond the official requirements.

Similar targets have been set by the 2016 Paris Climate Accords and by the European Union. Austria has also committed to significantly reducing its greenhouse gas emissions while substantially increasing the percentage of carbon-free energy sources – all with the long-term goal of climate neutrality. As an Austrian company and as part of the local economy, Bonaventura believes it has a duty and a responsibility to contribute to successfully reaching the set targets.

To achieve this goal, Bonaventura is going the extra mile in many areas, implementing various measures that exceed the prescribed environmental requirements. 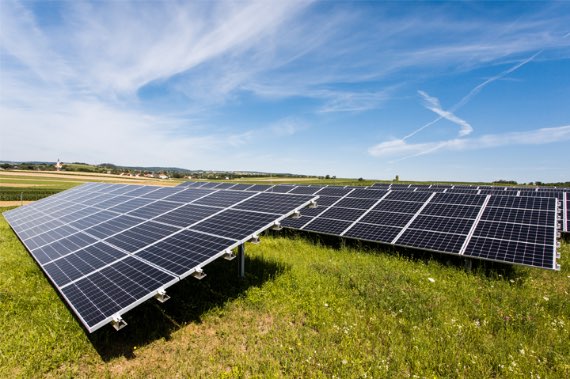 Bonaventura is constantly working to reduce greenhouse gas emissions in its operations and maintenance works, including in its calculations indirect emissions such as electricity and electricity transport. In 2018, Bonaventura became one of the first infrastructure companies to calculate its environmental footprint to ISO 14064. The results of these calculations are being continuously used as a basis for the company’s action plan with regard to sustainability investments for the coming years. 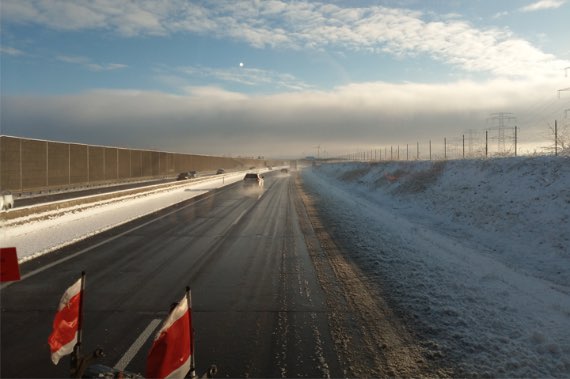 In winter road maintenance, salt water is used instead of road salt because it is more environmentally friendly and more economical. As a result of the carbon footprint analysis, the electricity needed to operate the four tunnels will be switched to 100% renewable energy by 2023. 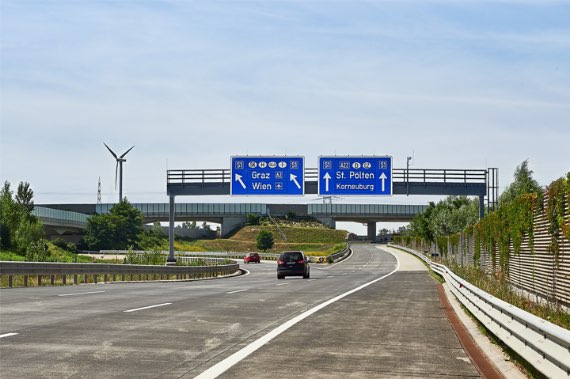 The Bonaventura motorway section was surfaced with concrete because of the material’s longer service life. This translates to fewer resurfacing cycles and less material used overall. Due to the lighter colour, concrete also heats up less than asphalt – an important factor to consider in the future of the Weinviertel climate zone. 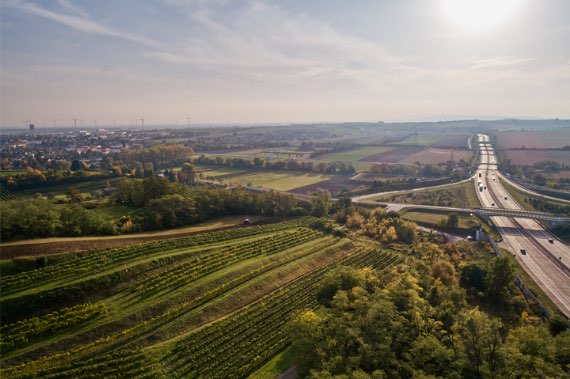 Oak, ash, elm and hazel are native to the Pannonian Basin. Some 768,000 of these trees have been planted along the route so far, exceeding the prescribed number of 720,000 – and more will be planted every year to provide a counterbalance to the industry, agriculture and infrastructure that are encroaching into the landscape.

Urgent action to combat climate change and its impacts.

Climate change is a global threat, and the most effective counterstrategy is to implement a variety of countermeasures at the local level. That is why Bonaventura has committed itself to substantially improving its own carbon footprint in the remaining concession period, with the long-term goal of carbon neutrality.

Since 2016, the company has implemented a number of smaller measures that have already helped reduce emissions, such as electrifying the vehicle fleet, introducing environmental criteria in the selection of contractors, promoting the use of public transport by the team and moving into a new office with better public transport connections.

A group of external experts was commissioned in 2018 to collect reliable data on the direct and indirect greenhouse gas emissions of the motorway operations. Their report showed that the largest part of the overall carbon footprint is caused by the electricity needed for the lighting and ventilation in the four tunnels.

Bonaventura is now using this information in further energy savings and compensation measures, such as the gradual replacement of conventional street lighting with LEDs, the further expansion of solar power plants and the increased use of renewable energies for operation and maintenance. Moreover, the number of trees to be planted will be increased beyond the current 786,000 as a further contribution for a better climate. 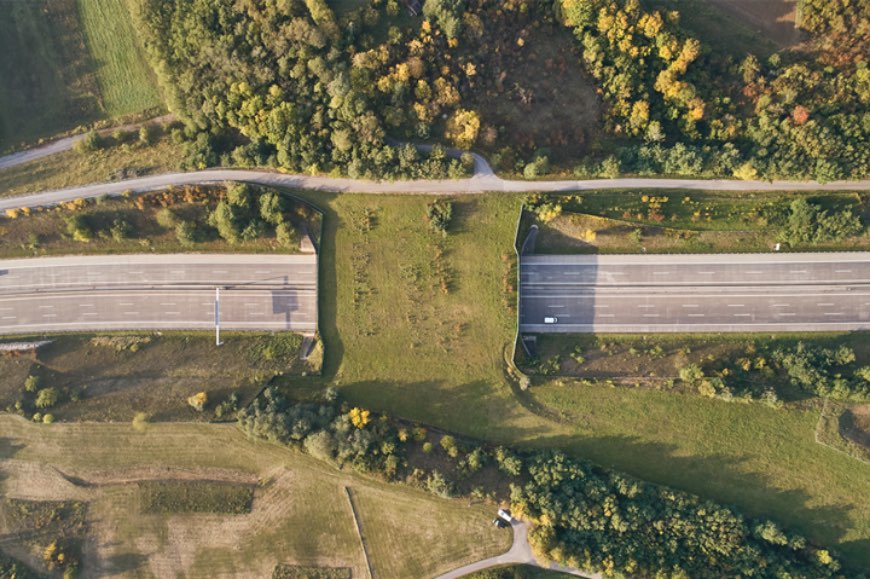 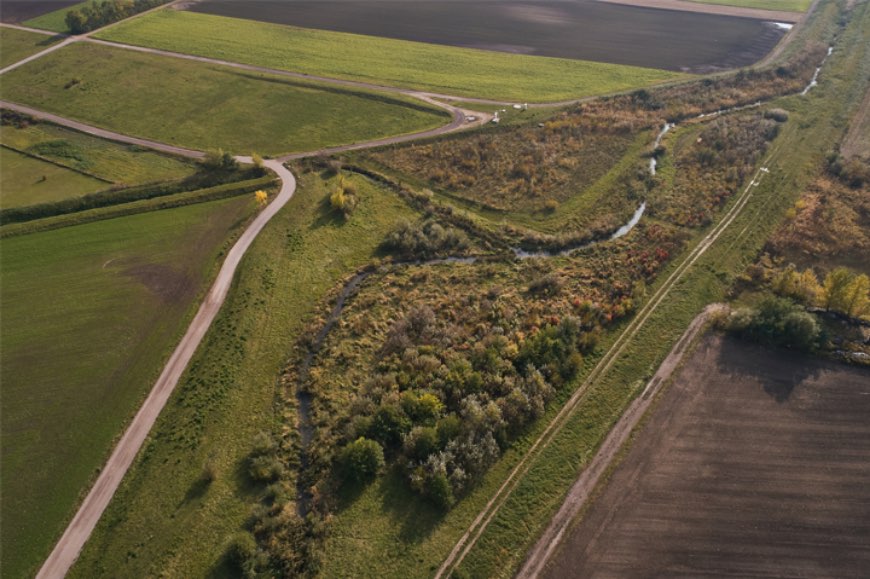 Motorway management also means land management. Only one third of the 600 hectares managed by Bonaventura consists of actual roadway; the rest is undeveloped peripheral land and compensation sites. As an infrastructure operator, Bonaventura has set itself the goal of creating the best possible living conditions for the local flora and fauna as a way to help preserve and protect biodiversity. All measures are implemented by a team of qualified ecologists who are constantly examining and developing further projects in cooperation with various institutions, companies, associations and universities.

Several large sites have already been converted into wildflower meadows. These are mown only once a year in autumn so they can bloom year-round as an ideal habitat for insect populations such as honeybees, wild bees and bumblebees as well as butterflies and other pollinators. The wildflowers that are planted are particularly hardy, rich in pollen and nectar and, along with native grasses and herbs, are adapted to the Pannonian climate and the rather dry soils of the region. The edges of the meadows are planted with native trees and shrubs such as wild cherry, blackthorn and dogwood. In combination with fallow areas, structures made of dead wood and piles of stones and rocks, the aim is to create a habitat for birds, reptiles and small mammals. Bonaventura also works with schools and communities to help foster a renewed understanding of the natural cycles.

A motorway is an intrusion into the habitat of local fauna that arbitrarily dissects the natural environment. In response, several provisions were made to enable wild animals to cross this barrier as safely as possible. The wildlife crossings and other conservation measures include nine green bridges, five underpasses, amphibian and small mammal tunnels with special guide fencing, amphibian-proof wildlife barriers and wildlife warning reflectors. Habitat ponds were also integrated into the landscape near the underpasses to attract the animals and guide them into the designated crossing facilities. New loess walls were created as a nesting site for rare, protected species of bird such as the kingfisher, red-backed shrike, bee-eater or sand martin.

To compensate for the impact the motorway has on the natural environment, Bonaventura manages 267 hectares of greenspaces along the route.